Our first full day in Dresden brought us views of an amazing city, rebuilt after the war…

The feeling of waking up in Dresden on our second day was probably the exact opposite of the excitement of our second day in Berlin. In Berlin, we had just arrived in Europe for the first time. By the time we made it to Dresden, we were more than ready to slow the pace down (including later starts). The first morning was our first opportunity to try our shot at restaurants in Dresden, and we were just as impressed as we were in other cities. Within a few blocks of where we were staying we had tons of options.

Peter (our German friend and guide) had gifted us a book full of pictures of Dresden about a year before we got to the city, so I guess I had a good idea of what I was getting into. And judging by what others had said, I fully expected Dresden to be a beautiful city, which it is. Within a 15m walk of the apartment we would be  directly across from the historic altstadt.

The altstadt is truly the highlight of the city (especially if you are into history). Located in front of the Elbe River, the altstadt boasts many of Dresdens historical highlights including die Frauenkirche, and many more beautiful buildings. If you were to stand across from the altstadt you might think you were in Prague for a moment.

After spending most of our day getting a general look at Dresden, we finished it off by taking a very short ferry ride across the Elbe to a beer garden. At this point in our trip I was a confirmed currywurst addict, and this platter at the biergarten proved to be the biggest yet. This was the only food I couldn’t finish as it was way too much for one person: 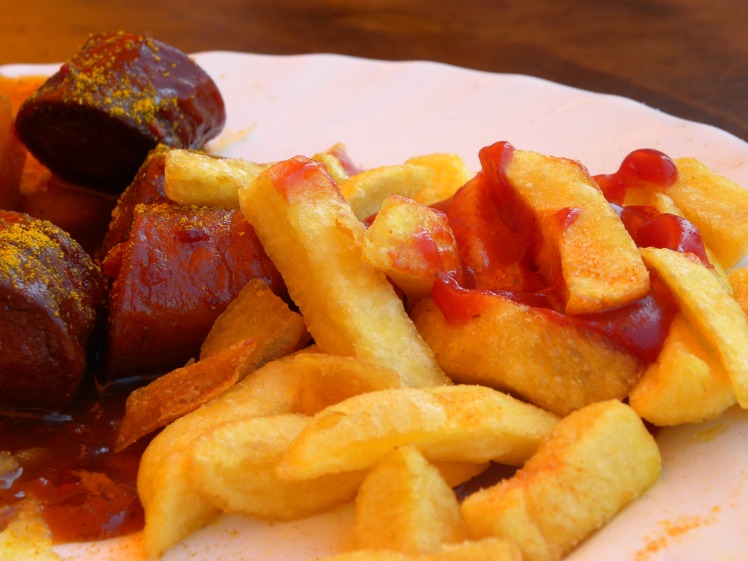 For those who are curious the biergarten was called “Fährgarten Johannstadt”.  And while there wasn’t anything fancy about it (I wasn’t overly impressed at first) the biergarten gives you a great view of the river and city. 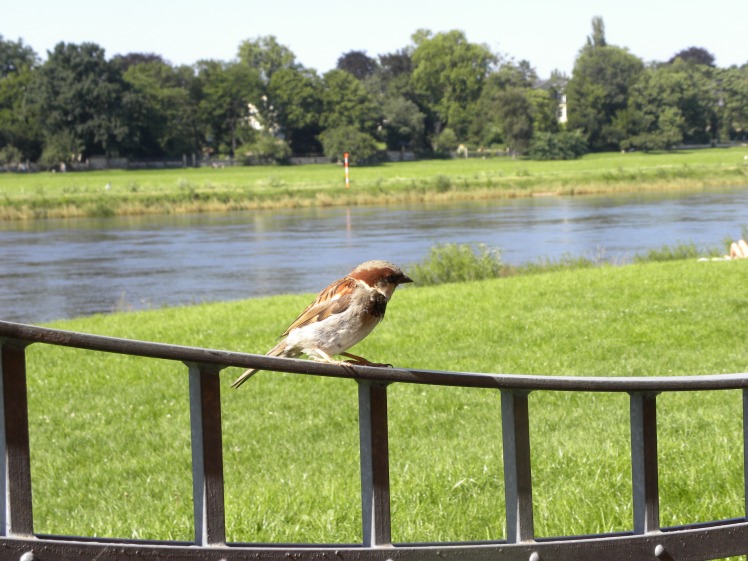 That night was spent wide awake. I was sort of waiting for the hostel a few apartments away to make considerable noise, but it never did. The following day we were lucky to get a tour from Peter’s friend, Grit. She had her masters degree but found it hard to find a full-time job in Dresden, so she spent most days doing tours. We met her in front of “Der Goldener Reiter”  or Augustus the Strong.  ***If you ever want additional info on something I mention feel free to click on the colored writing***

Grit was awesome. I enjoyed her tour because she wasn’t overly enthusiastic like a lot of tours I had been on before. She was really informative and did her best to dumb down or cut out a lot of history if it looked like we were nodding our heads. It never hurts to take a walking tour on one of your first days in a new city, even if you have to pay a small fee for it.

After crossing over towards the altstadt again we breezed by some stops and headed right for “Zwinger” , which is the reminisce of the old fortress in Dresden. While I enjoyed the wide open space and view of the city by walking the outer wall, I enjoyed the detail of the art and statues. I could easily imagine listening to classical music within the walls of the Zwinger:

View from across the grounds on the wall

She is wishing she was holding a plate of currywurst 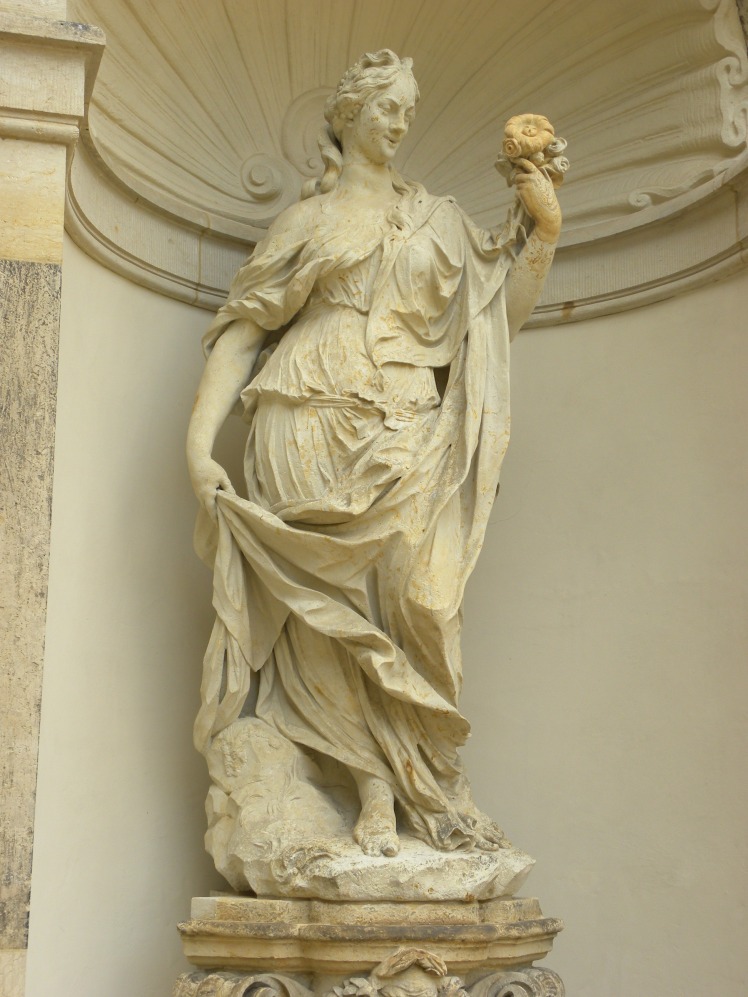 Trust me, I’m great with kids 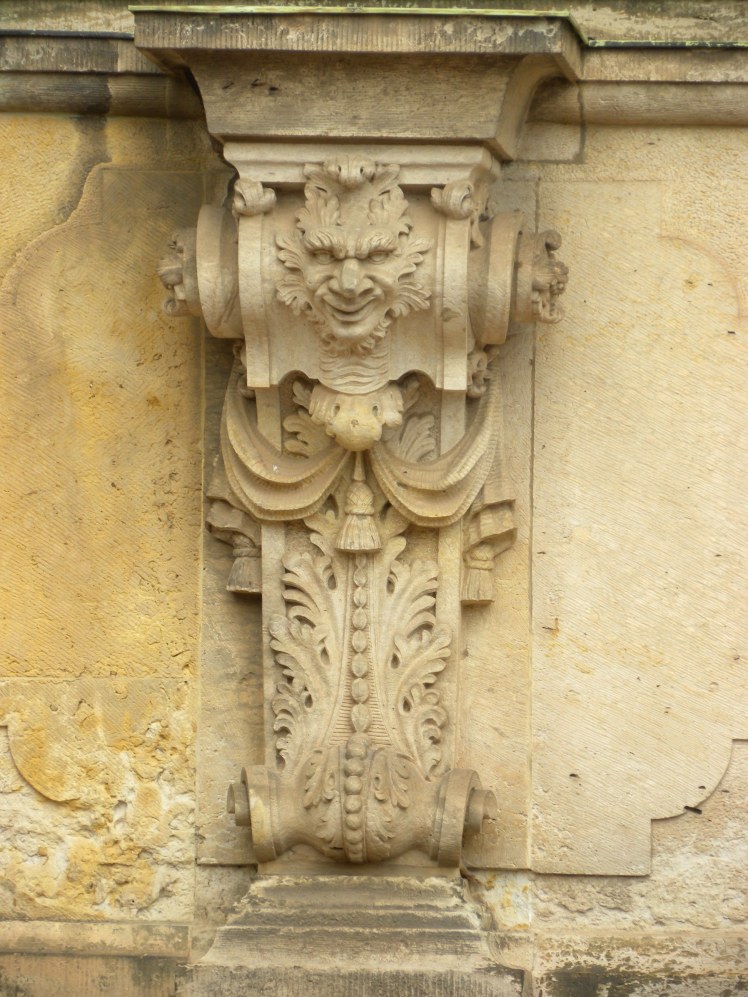 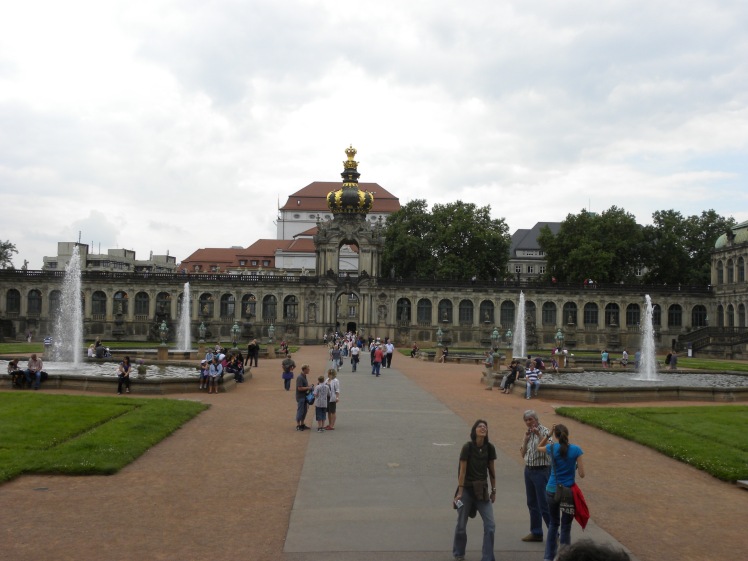 I took a lot of pictures there, but you can find better ones online. I’ll share the rest in a separate post! After finishing up that the Zwinger, we went took Grit out for a brief snack/drink. I continued my usual selfie (before selfies became easy).

We ended up meeting up with Peter, and we headed over to see the Frauenkirche, which was probably the most stunning church I had seen in Germany (on the inside): 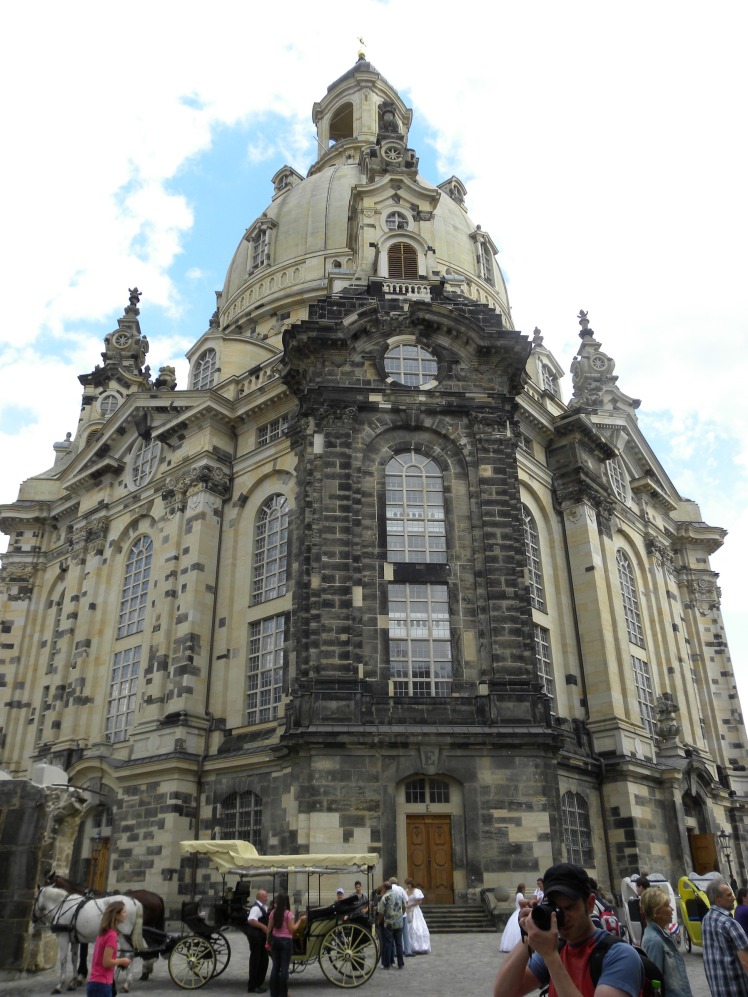 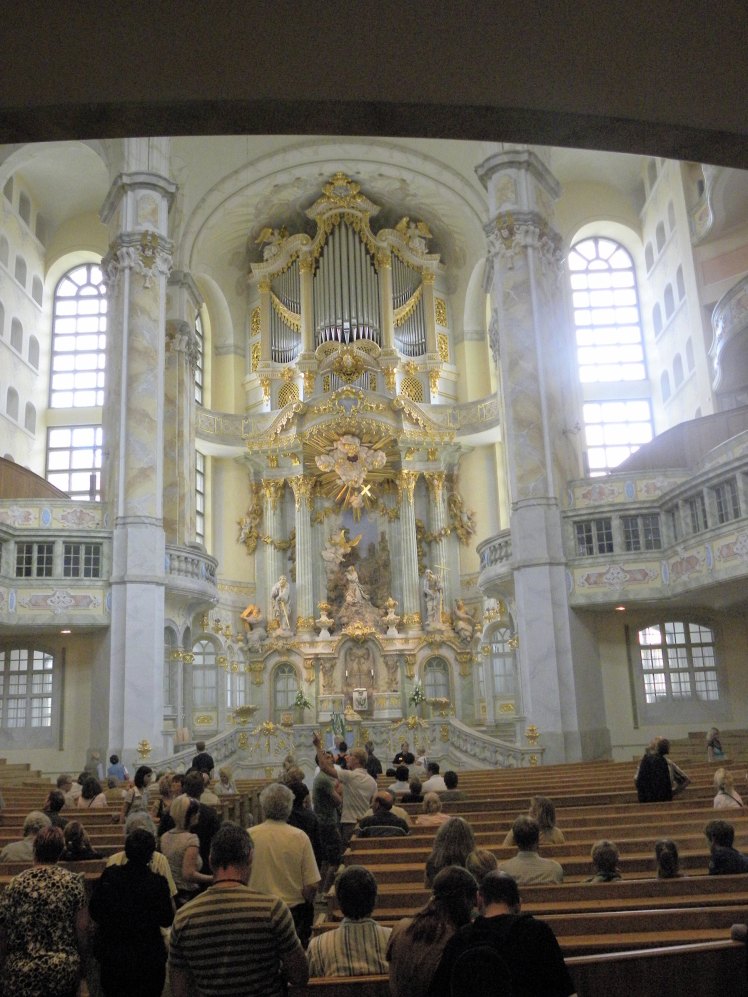 After the Frauenkirche, the day ended the same way it began: with beer