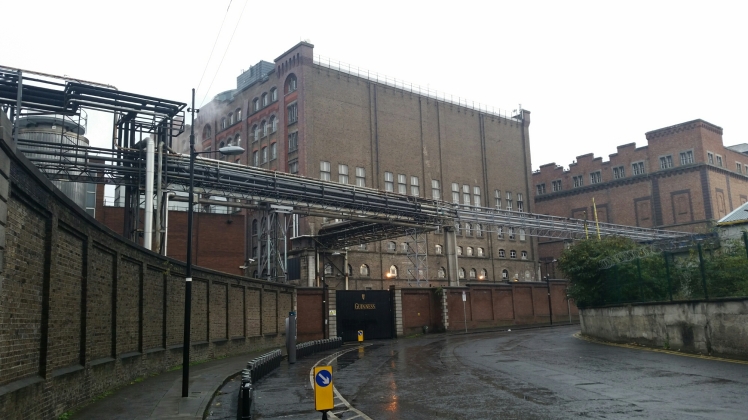 Just outside the Guiness Storehouse

On the surface, I’ve always viewed Ireland as a country full of Irish stereotypes, folklore, and Guiness. I never really knew much of the country itself. Before I came, I was of the opinion that Irish people were all “tough” for no good reason…

That changed the moment I booked my flight to Dublin, in October. I was immediately overwhelmed by my “crazy extended Irish family” and their enthusiasm to have me come visit them in Castlebar.

That enthusiasm had me wide awake during my last morning in Venice, not phased by the fact I was leaving Italy. I immediately met an Irish gentleman from Dublin on my plane and it was my first look at just how kind and warm these people are. “Bless your heart for travelling alone”, he’d say a few times. 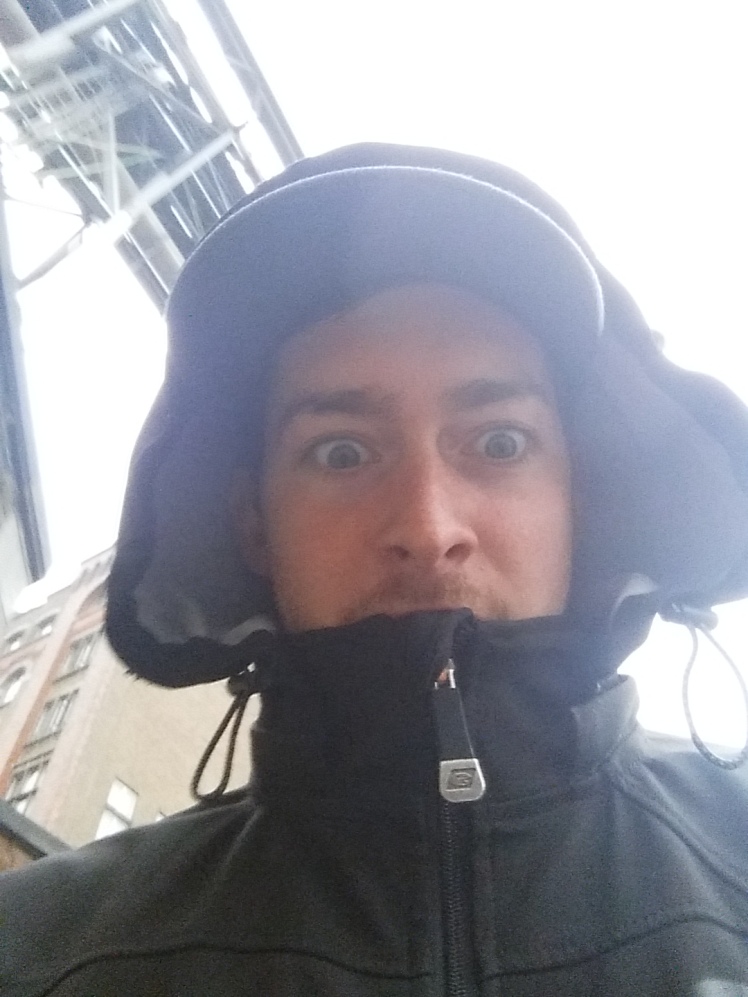 That warmth continued into the city. I was so happy to be able to speak some English, I found myself constantly asking for directions (wasn’t even lost).

I would only end up staying two nights in Dublin, which is more than enough. Highlights were the Guiness Storehouse, a few cathedrals, and the street musicians playing outside in Temple Bar (last Sunday of every month). I’ll touch on those later. 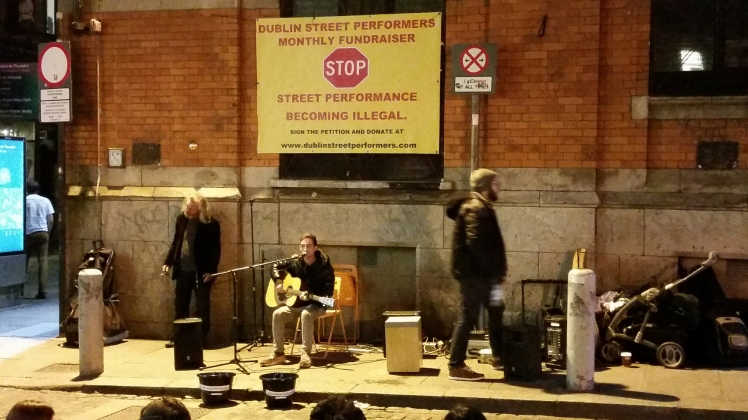 After Dublin, I spent 5 nights in Castlebar (to visit family). Even though they consider the town to be boring, it has more than enough pubs to keep you busy at night.

Castlebar is within driving distance of a few nice and understated abbeys, as well as some ocean front parks. Obviously, October was no time for swimming there. But I’m sure the beaches are full during their 3 weeks of “summer” :p

Outside of seeing everyone in Castlebar, the highlight of Ireland was my 4 nights in Galway, where I stayed at the Kinlay Square Hostel. I met loads of people from all over Europe who were trying to find jobs there.

On my second day, I took the day tour to the Cliffs of Moher. €20 and it included my admission to the cliffs. Considering this was the one thing I wanted to do here, I would call this leg a success.

Respect the soft edges of the cliffs 😉

Kinvara as seen from Dunguarie Castle

The Moher tour also took a few quick stops. My favourite being Dunguarie Castle and the town of Kinvara!

Overall, the day tour was well worth it. We were picked up at 9:45 a.m. and back for 6. However, an hour and a half at the Cliffs of Moher was not enough for me. Should I return, I’ll take a regular bus out and do some of the trails along the cliffs. That time evaporated pretty quickly. And before I knew it, I was herded back onto the bus to move on.

All that being said, I broke down during one of our stops and bought 3 slices of fudge. 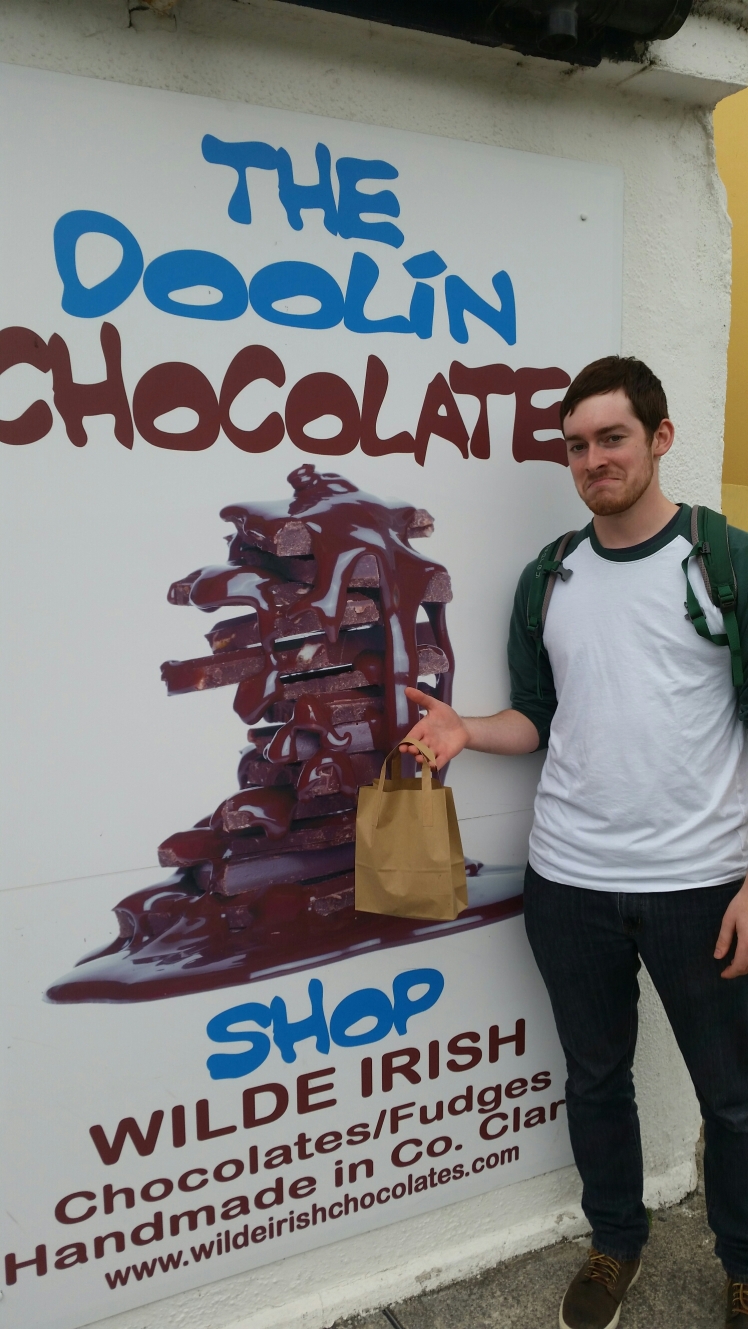 YOU HAPPY, MOM? THERE’S THE LAST PICTURE YOU WILL EVER GET.

The nights in Galway were nice. However, it seems as if tourist season ends after Halloween time, so most pubs were easy to get into and quite calm. I switched from drinking Guiness every day to drinking cider…

All in all, being here just short of 2 weeks totally changed my perspective on the country. The food portions remind me of Thabksgivings at home, the people go out of their way to help you find your bus (happened this morning at 6 a.m., and everything outside of the major cities is stunningly beautiful and mysterious at the same time.

I look forward to filling in all the big gaps of the 11 days when I get home. But I’ll remember the warmth of the locals, and the stone fences and beautiful landscape that dominates the countryside. ALSO- feeling like Charlie in the chocolate factory when I visited the taste room of the Guiness Storehouse. 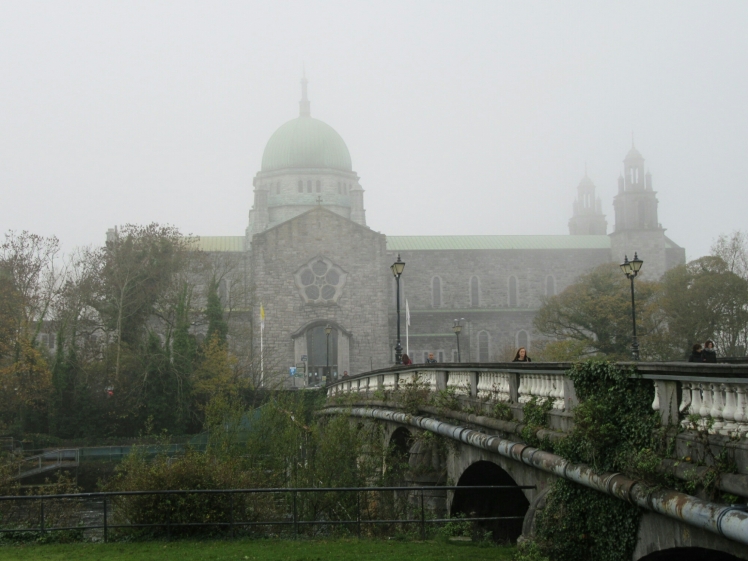 Galway Cathedral, lookin’ awwwwwwful sketchy with dementors around it (most likely)

Goodbye Ireland, you mysterious bugger. I hardly knew ya

Next: Portugal for 3 weeks. Somebody send me currency for sunscreen!

8 thoughts on “Ireland: On The Surface”