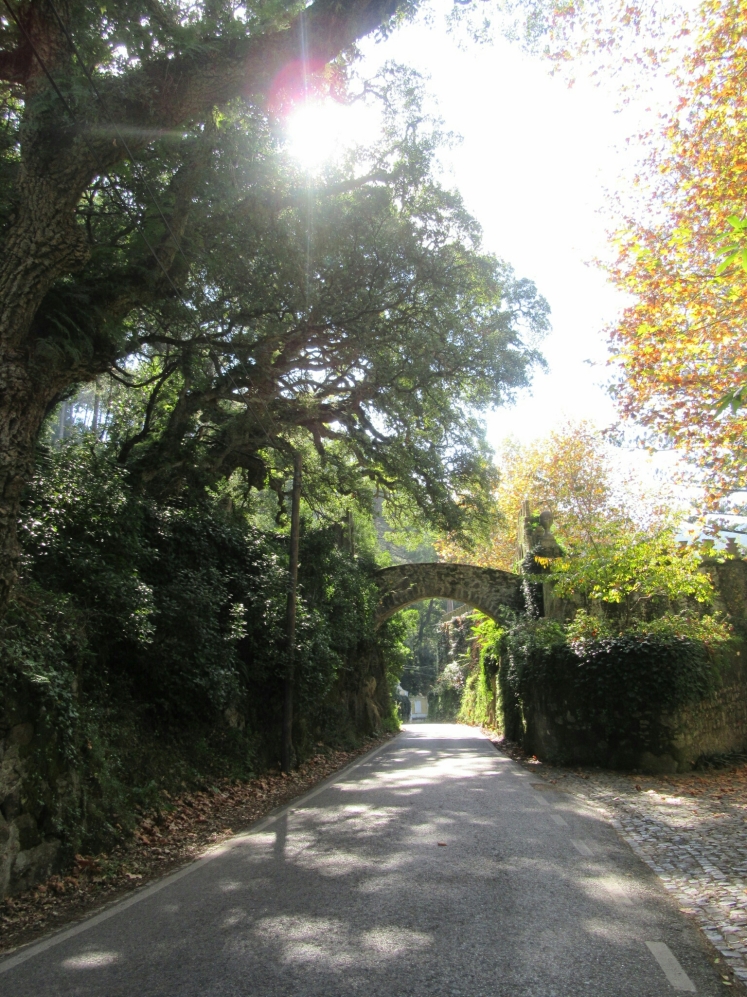 Walking to Monserrate Palace, from Sintra…

Whether you are at a resort for a relaxing stay or backpacking through another country, there is no wrong way to travel. This is something I’ve ignored for a large chunk of my life. I would hear about others vacations and I would immediately think of a better way to visit the same place. The truth is that while we know everyone likes to get away we ignore the reasons why they are doing so. Some of us are just tired and sore, some are lonely, some are even straight up depressed. As a result, we seek comfort in different ways.

For myself, I was tired of the routine I had gotten myself into. In Europe, I found myself waking up every day excited to explore the town I was in, go hiking, or just straight up people watch from my balcony :p It was a sense of adventure I had been ignoring for a long time. It also reinforced something important. I realized that there was a lot I still hadn’t seen in my own city/province, and the prospect of going home became a lot easier.

My home town (Edmonton), in the river valley. Tons of bike paths to choose from. Picture was taken off of my Instagram because I deleted the original (probably going to be blurry now). This is right near the middle of a city that is home for close to one million people.

In Milan, I met a couple in their forties, from Australia. They were travelling for a little over two months through Europe. They realized this would be one of their last chances to take the time off of work they wanted (unpaid as well), so they took it. They rented a few Airbnb flats, but they stayed almost exclusively in hostels throughout the trip. They were told by multiple people their age that hostelling wouldn’t be comfortable and it would ruin their trip, but they were able to save more money and spend more on some cool museums (and food!).

Rather than taking public transport, they organized their trip so that most things they wanted to see would be within 2-3 hours walk from their accommodation. They walked from cities to nearby towns to visit markets, find local food, and to stay in shape. They could’ve easily taken transport to most places they visited, but found it exponentially more rewarding to walk. Every day. They were my favourite couple. Mostly because they shared some salami with me 🙂 I must have talked to them for 3 hours.

I met another young guy in Frankfurt, and he was from England. He had a comfortable job with an IT company where he had good pay and good benefits. However, his desire to be there slowly deteriorated, his relationship ended, and he just wasn’t happy any more. He would end up quitting his job on Halloween and immediately flew to Vietnam to meet a friend. Ever since his first stop in Vietnam, he patiently waits for a cheap ticket to his next destination. After flying between parts of Asia, he got a cheap discount flight to Dubai, and eventually found his way to Frankfurt.

He made it to Frankfurt on December 14. In the end, he decided to stay at the hostel through Christmas, and he would eventually find a cheap ticket to his next stop. Although, he had no idea where that would be.  Frankfurt is normal for a quick visit, but it is very unusual for a “tourist” to stay a few weeks. When another backpacker heard he was staying through the holidays, he teased the guy from England, “there’s nothing to do here. Why the hell would to want to be here. It’s just boring”. Well, regardless of what people thought of Frankfurt, the gentleman from England did not care.

Clearly, he had no desire to go home any time soon. “There’s not much for me there, other than my immediate family”, he often said. He had a decent budget, but found it easy to stretch out. On a budget that would’ve lasted me a under a half year in Europe, he could probably use that over a year an a half. Patiently travelling around the world not knowing what his next destination would be. He didn’t waste his time and money on activities every day. Rather, he was happy to be away. It didn’t matter where he was or what he was doing. I respect that more now than ever.

So whether you are just getting away for a few months, on a gap year, a vacation, a working holiday, a quick weekend getaway, or just visiting a neighbouring city: There is no wrong way to travel. Remember that. Own it. The people you meet abroad will respect you for it.

Thanks for reading (if you made it this far 😉 )

3 thoughts on “Travel: There Is No Wrong Way”