I couldn’t tell you exactly how many different places I have had pizza in my lifetime, but it’s a lot. And while my favourite pizza was acquired in a little SHANTY in Venice, New York City is home to my favourite (or *favorite* for my American compadres) pizza joint- and that place is John’s of Bleecker Street.

I managed to squeeze in two mini trips to NYC in the moth of October, and I always found my way to John’s. I’ve had 4 medium pies to myself while leaving no crumbs behind (maybe a little ashamed of that). And I can say without doubt that I do not think I will ever eat at another joint that will hit on as many points as John’s does. 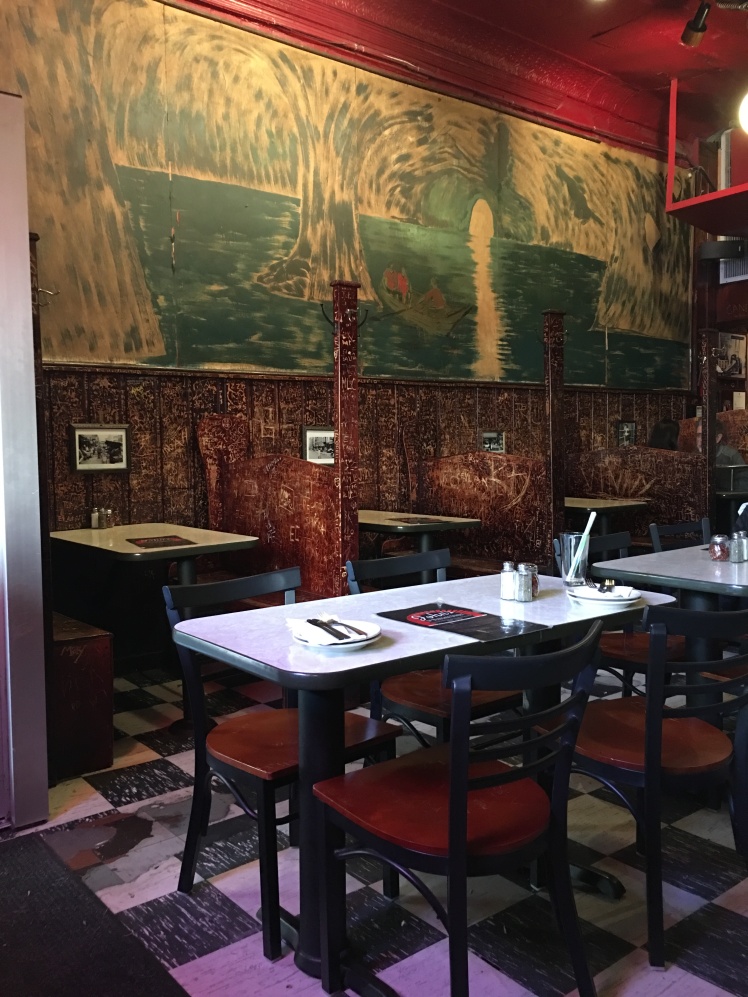 When you first walk in you’ll notice the carved names on the booths and walls. Everywhere. And I think this is one of those things that makes the places so special. John’s seems to embrace the little things that make them such a classic pizza joint. From carved walls to photos of celebrities on the wall, to the friendly waiters and delicious pizza- they hit the spot.

The only thing that would make them better would be if they charged slightly less. A medium pie to myself with no toppings started at $18(US), which adds up when you add a few toppings. But it is 100% worth the price. If you are limited in that area try the basic margherita pizza, which is a great choice on it’s own and a testament to how great their pizza is. If you can eat a basic pizza somewhere and still love it you’ve found a great pizza joint.

2/4 times I have been there I found the manager walking around to most of the tables. Asking everyone how the meal was and what the pizza joints in their respective cities were like. I had lengthy conversations with him several times which didn’t hurt as I was there alone each of the 4 visits. And even though I was travelling alone, they had no problem giving me a booth to myself. 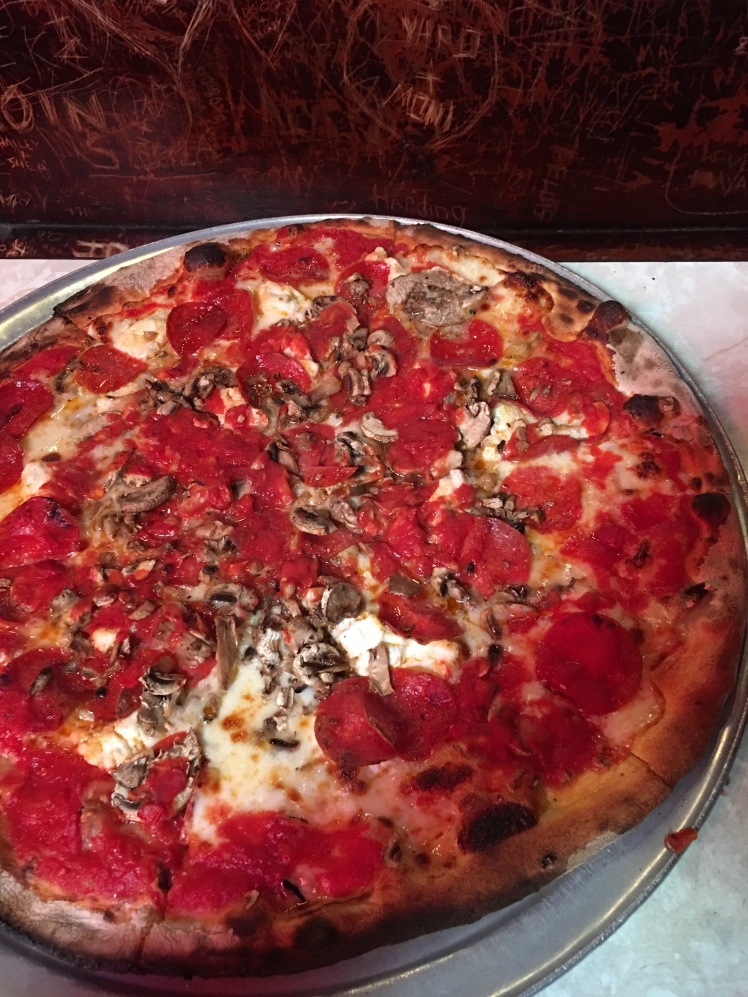 If you find yourself in NYC, I highly suggest John’s. Grab the Margherita, Margherita with basil and roasted tomato OR the classic pepperoni and mushroom. Either way, I don’t think you’ll be disappointed here. I strongly suggest coming before noon or between  2:30-4:30 on weekdays as you shouldn’t face too much of a line up at this time (in the fall there was no line at these times).

Next Up: My classic touristy pizza tour of NYC